Dogs are not humans, so we have to learn to understand and use their language. Unlike the talkative human, dogs communicate non-verbally, that is, through body language. The mistake many dog owners make is that while they give the correct verbal signal to their dog, their body language is the opposite. For example, we tell our dog to follow us, but we turn our body not in the direction we want to go, but in the direction our dog is pulling. Or we tell our dog not to jump on us when we greet him, but we reinforce it with body language by leaning down and petting him.

Tip: Learn your dog’s language before teaching him your own.

Changing the rules over and over again is something neither dog nor human understands. But especially in families or among couples it comes more often to so-called “exceptions” e.g. “Oh, it is Christmas. Today he is allowed to eat something from the table!”, “Today is Sunday, he is allowed to pull me to his favorite place” and so on. Unfortunately, dogs do not understand that these are “only” exceptions. Because if a certain behavior becomes a success in a certain situation, it will be shown again and sometimes even stronger in the same or similar situation. This means that even the day after Christmas, for example, your dog will stand begging next to the table and drooling on your new jeans or even during the week, pulling you to his favorite place. The difference is that you now want to correct or punish your dog for this behavior. However, this is unfair because your dog cannot understand “exceptions”. Such situations can unsettle your dog and he will constantly question your rules and test them. On the other hand, if you remain consistent and ALWAYS enforce your rules, your dog will see you as a reliable partner he can trust.

“Yesterday the recall worked, why isn’t it working today?” – sound familiar to you? Maybe you have heard of the term “place learners”. These are dogs that listen to every word in the dog school, walk on the leash in an exemplary manner, can be recalled from any situation in the dog school and as soon as they leave the gate of the dog school, they don’t even react to their name. What is the reason for this? Dogs learn for the most part locally and situationally. This means that a newly learned behavior, such as recall, must be trained in many different environments and with many different distractions to be reliable. Your dog forms certain links in his brain as he learns, which you can think of as a road network. For your dog to respond to your signal in any situation, it is important to create as many connections as possible so that your dog can respond quickly and reliably. Only after this generalization has taken place is a behavior fully learned. However, it is important that even after generalization, this new behavior is trained at irregular intervals and also rewarded from time to time.

With the Pupy app, you can easily learn to avoid these 3 mistakes in the future. Download the app now for free and start training today! 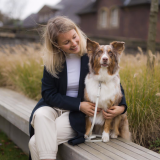